Opening the doors of the prehistoric painted caves in France

During a recent conversation with one of our clients thinking about new ideas for his next vacation with his family in France this summer, we discovered one of his “forgotten passions” if we may say so.

By recalling some of his old memories about places he had visited long ago, he mentioned primitive art and the Lascaux Cave as one of his most vivid memories.

“I had always imagined the Lascaux Cave as the testimony of a prehistoric era largely gone: some drawings in a cave, made by guys not very intellectually advanced, a historic place but not very impressive anyway ... FALSE! My experience with this cave completely turned my old fixed ideas upside down. I’ve never seen anything so exceptional.

I discovered this amazing cave in the 90s with my parents, during the weekend we spent in the French region of Dordogne. A trip that turned me speechless.”

Lascaux is perhaps the most famous painted cave in the world with over 600 parietal wall paintings covering the interior walls and ceilings of the cave. It was accidentally discovered by a teenager and his dog in 1940. Eight years later, the cave opened to the public but some years later, the new atmospheric conditions, the increased temperature, humidity and the carbon dioxide produced by visitors breathing inside the cave started damaging the paintings.

Mushrooms and moulds appeared and, despite several restorations and efforts to save it, the cave started deteriorating risking irreversible damage to some of the oldest art treasure of humankind leading to the cave to be permanently closed to the public for its preservation. In 1983 that an exact copy of the Great Hall of the Bulls and the Painted Gallery was displayed in the cave’s vicinity and then, in 2012, Lascaux III opened with a series of five exact reproductions of the cave art (the Nave and Shaft) and in December 2016 a new copy, Lascaux IV opened showing a larger and more accurate replica which integrates the latest digital technology.

Is it just a replica?

“Of course I saw a replica, but a perfect one. The smallest details were there, the slightest bump, the slightest stroke, even stalactites and the temperature of the cave, were reproduced.

Lascaux II covers the most impressive part of the cave, which contains the most paintings. And what I found inside was just breathtaking, a leap of almost 17,000 years back and quality paintings, all in detail and in intense colours, using the slightest relief of the walls and even the perspective.

Honestly, when I was inside, I forgot that it is "only" a replica as it is so perfect ...

The height of the cave is just impressive, with ceilings located several meters above the ground.

I could still describe many things that have remained forever in my memory but words cannot describe what I felt that day seeing this mankind masterpiece. It was a veritable artistic feat. It was absolutely unique because it’s not like visiting any other place. We are drawn back tens of thousands of years back and at the end, I remember having so many questions in my mind:

What were these men doing in such a dark cave (since they were nomads and normally stayed at the entrance of the caves)? What were they trying to do and express by drawing those magnificent horses, and immense bulls with such amazing precision? Were all the walls, caves and rocks of the region so decorated before time erased its traces forever?

In short, Lascaux cannot be visited as a simple museum, or as an umpteenth cave. I came inside to find ... questions and only one answer: Those paintings have crossed thousands of years. They were there during the French Revolution, the Middle Ages and Ancient Rome and Egypt. They were there before religions, and it seems as they were there even before anything else and at the same time, they are perhaps the most touching contemporary art I’ve ever seen.”

“While remembering that trip now I really want to go back and experience that same incredible feeling of being out of time and most of all, to share it with my wife and two children as they have never been there. I know how much my daughter will love it.”

During this moving phone call, our team knew what could be done and so we proposed to create the first draft of a trip in France and probably Spain on the footsteps of the first men and their art and try to answer all the questions he had when visiting Lascaux almost 30 years ago.

Yes, there are many other caves with incredible Parietal Art. Some have been discovered more recently like the Chauvet-Pont-d’Arc Cave in the Ardeche department discovered only in 1994 (and sealed immediately to prevent any damages) and considered one of the most significant prehistoric art sites in the world.

Others such as Pech Merle at about 32 km by road east of Cahors, is one of the very few prehistoric cave painting sites in France that remain open to the general public although visiting it must be done in small groups to prevent any damage to the site. It extends over 2 kilometres over two levels, of which only 1,200 meters are open to the public with walls painted with dramatic murals from the Gravettian culture (some 25,000 years BC).

It took him approximately one hour to read our email, review our initial ideas and get back to us with his answer: "This is just unbelievable. Please set it all in motion". And so we did.

We crafted an incredible 10 days tour to discover not only those incredible and famous sites with the rare privilege of accessing some of the original caves guided by experts of each site but also some other caves closed to the public. A tour to discover also some natural marvels such as the incredible Padirac Chasm and its subterranean magical river and the caves of Choranche near Grenoble.

A luxurious and exclusive tour with a private visit in Paris to the National Archeology Museum located in Saint-Germain-en-Lay’s castle, birthplace of Louis XIV, a hot air balloon excursion to discover Rocamadour, one of the most beautiful medieval villages in the world and finally reaching the French Riviera for hiking experience to the Valley of Marvels, one of the biggest open-air petroglyphs sites in Europe.

Now, with travel restriction easing in France and all over Europe, our team is finalising this one of a kind prehistorical tour and it seems we will probably have to add some days to this tour to visit the Altamira Caves in Spain as the client is extremely enthusiast to discover even more.

Almost 30 years after he first experience the beauty of Lascaux he will be able this time to enjoy privileged access very few people in the world have. Surely an imperishable memory for him and his family. 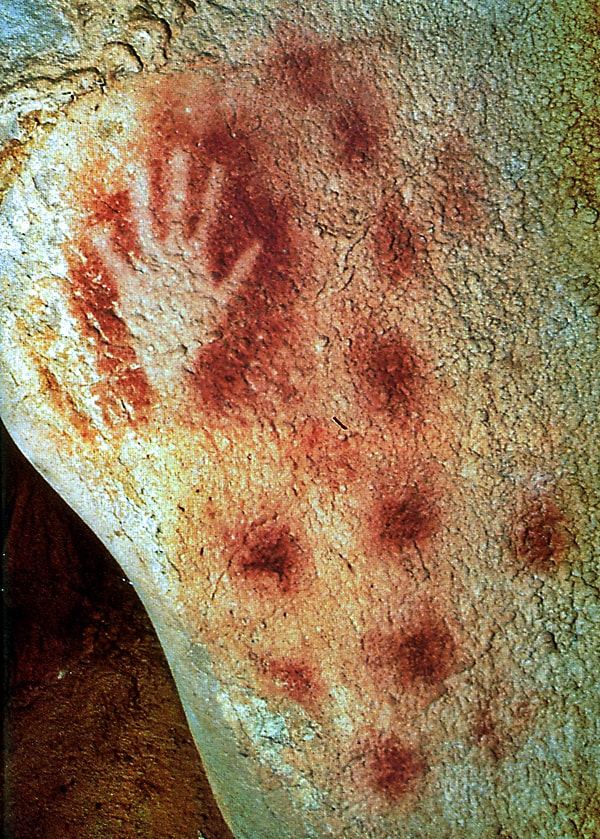 If, like him, you would like to experience something like this and visit some of the most beautiful prehistorical painted caves and primitive art sites in Europe (or elsewhere), just let us know. We will then craft something special and unique just for you. Feel free to Request a Callback or simply contact us so we can start planning your next incredible vacation.

To know more about Lascaux, Chauvet, Pech Merle and Altamira you can visit their websites with the following links:

Travelling in the era of Covid-19

In search of the northernmost point on earth